Use of CCI data over the Mediterranean area

Météo France has extended the confrontation of models with CCI Sea Level data over the Mediterranean area to include the analysis of three coupled regional simulations (CNRM-RCSM, LMDZ-MED, MORCE-MED) and one Mediterranean Sea simulation (MED12) from the Med-Cordex multi-model ensemble. 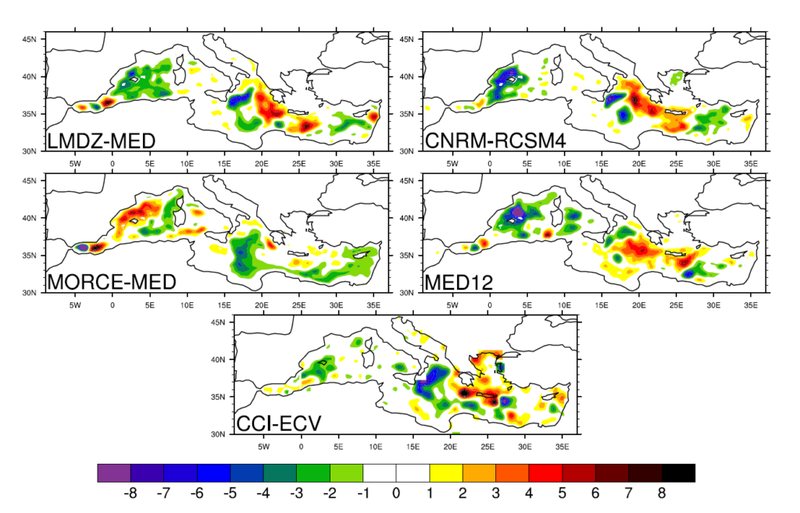 Figure 1: Spatial anomalies of sea level trend (mm/year) with respect to basin average, for the common period 1993-2008. Model results are compared with the trends from the satellite-derived dataset CCI-ECV.

The figure shows the degree and distribution of modelled sea level anomalies compared with CCI data for the period 1993-2010.